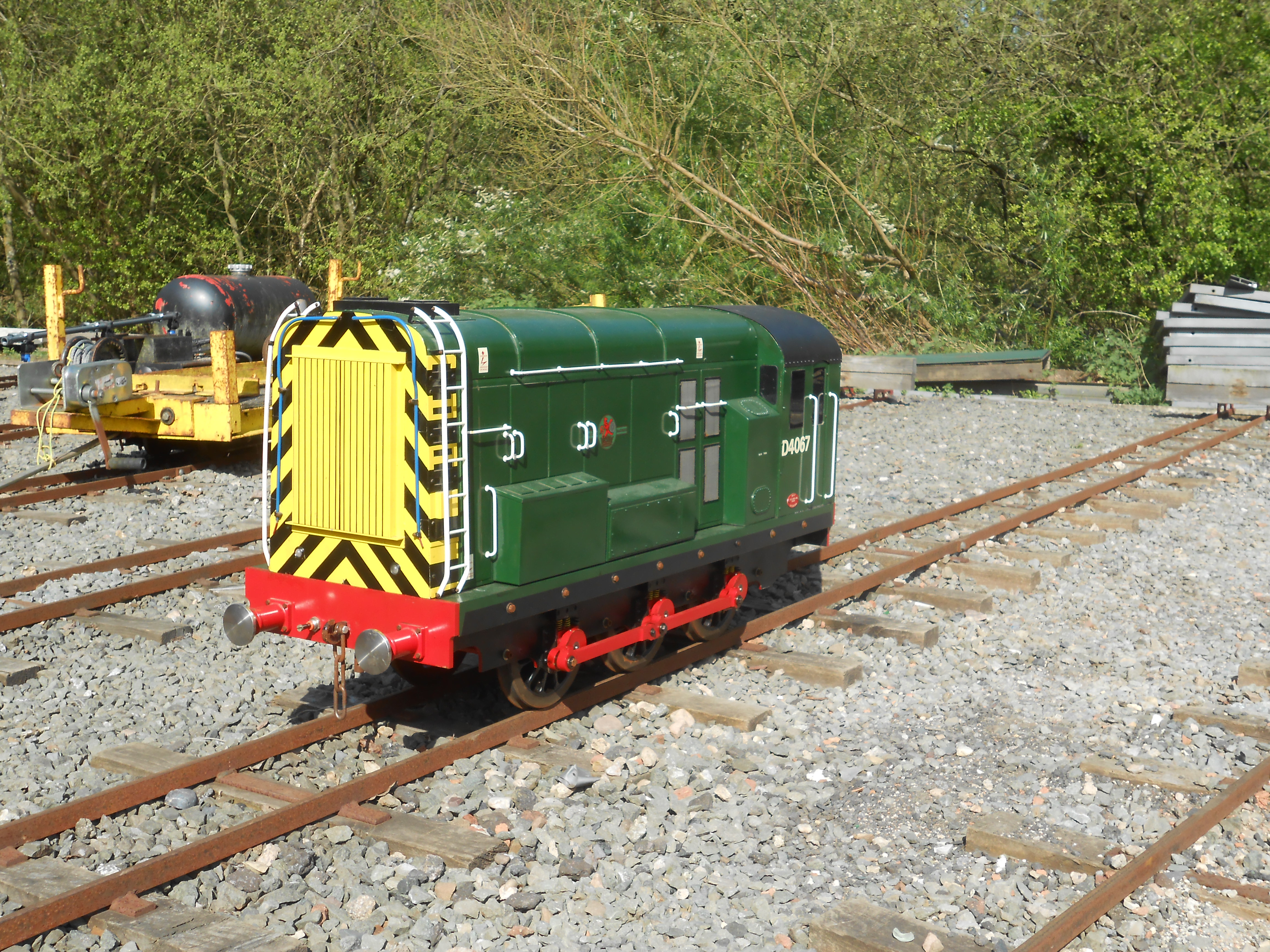 It’s a fairly detailed locomotive, with a fibreglass body – I can’t quite tell if this is an early Dan Jeavons body but I suspect it is. We’re not 100% sure on the power output but it seems to have five motors mounted inside the chassis. On the basis each motor is 200w, you have a little shunter with about 1Kw of power. Which explains why it is so grunty.

A nice feature of this loco is the control panel on the rear of the cab. These days most battery locos have a hand held controller which, although very practical, do make it feel like you’re driving round on a large scale Hornby model. With this 08, you have a proper control panel with buttons and switches and gizmos – wizard!

The British Rail (BR) Class 08, otherwise known as an English Electric Type 1, is a class of diesel-electric locomotive. In total, 228 locomotives in the class were built by English Electric between 1957 and 1968, the large number being in part because of the failure of other early designs in the same power range to provide reliable locomotives.

The British Rail (BR) Class 08 is a class of diesel-electric shunting locomotive. The pioneer locomotive, number 13000, was built in 1952 although it did not enter service until 1953. Production continued until 1962; 996 locomotives were produced, making it the most numerous of all British locomotive classes. As the standard BR general-purpose diesel shunter, almost any duty requiring shunting would involve a Class 08. The class became a familiar sight at many major stations and freight yards.