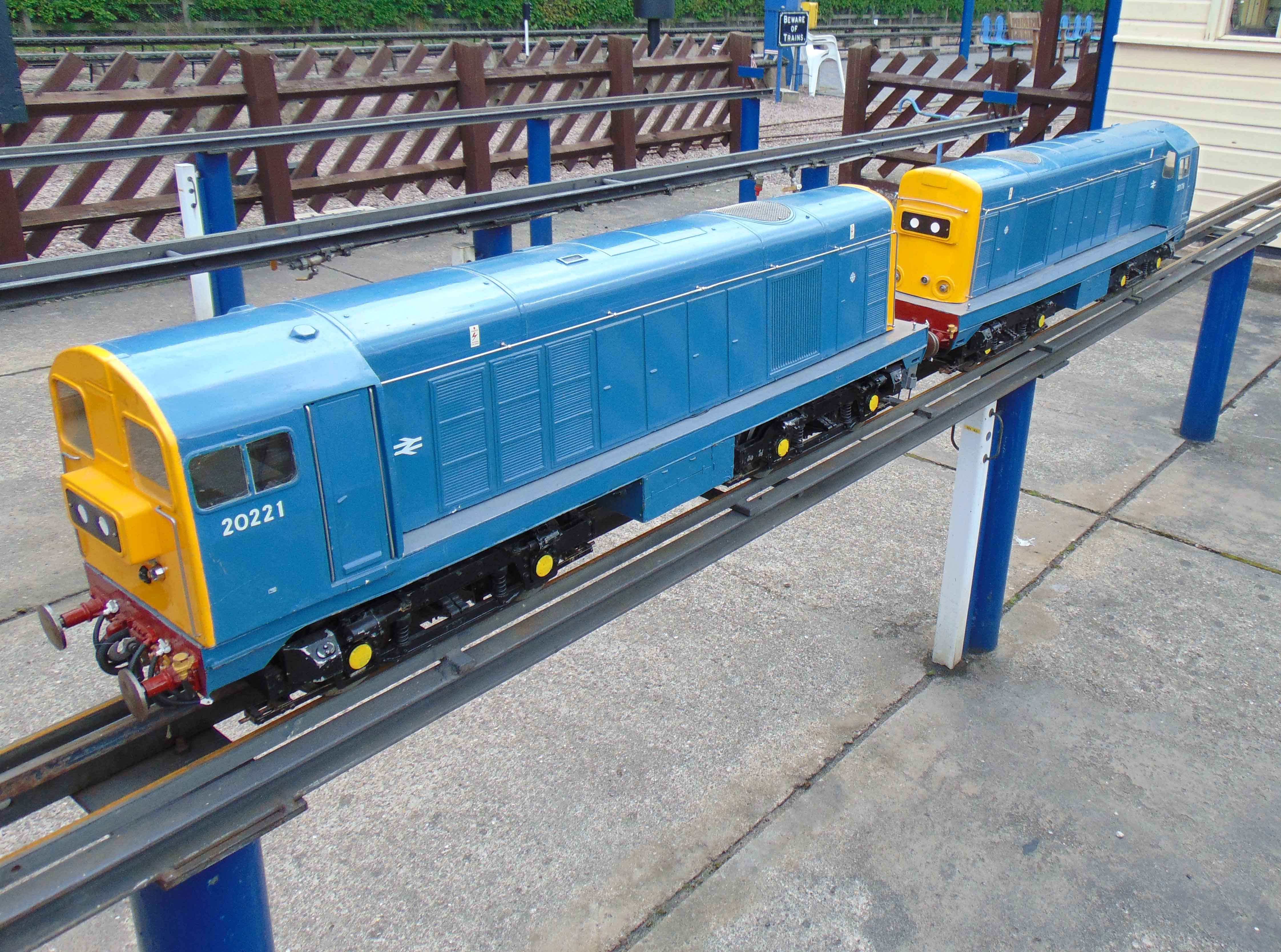 A really well finished pair of Class 20 locos finished in BR Blue to the SAD Castings (formerly Dan Jeavons) design. The loco’s are both driven from Numax 895CXT Gold, 32Ah, 390A batteries (4 in total). The motors are Fasco, 2800-530-096, 24volt. One to each axle (8 in total). There is lots of detail added to the bodywork and chassis as can be seen in the photos. The controllers are 4QD, VTX-40 boxed. One to each loco. There is slave controller ‘D’ version in one loco allowing double heading. The control box is handmade, key operated.

All built in late 2017, there are also full instructions for the 4QD controller and plans of construction included in the sale.

UK Mainland Delivery available for an additional cost to buyer.

The British Rail (BR) Class 20, otherwise known as an English Electric Type 1, is a class of diesel-electric locomotive. In total, 228 locomotives in the class were built by English Electric between 1957 and 1968, the large number being in part because of the failure of other early designs in the same power range to provide reliable locomotives.

The locomotives were originally numbered D8000–D8199 and D8300–D8327. They are known by railway enthusiasts as “Choppers”,[4][5] a name derived from the distinctive beat that the engine produces when under load which resembles the sound of a helicopter.