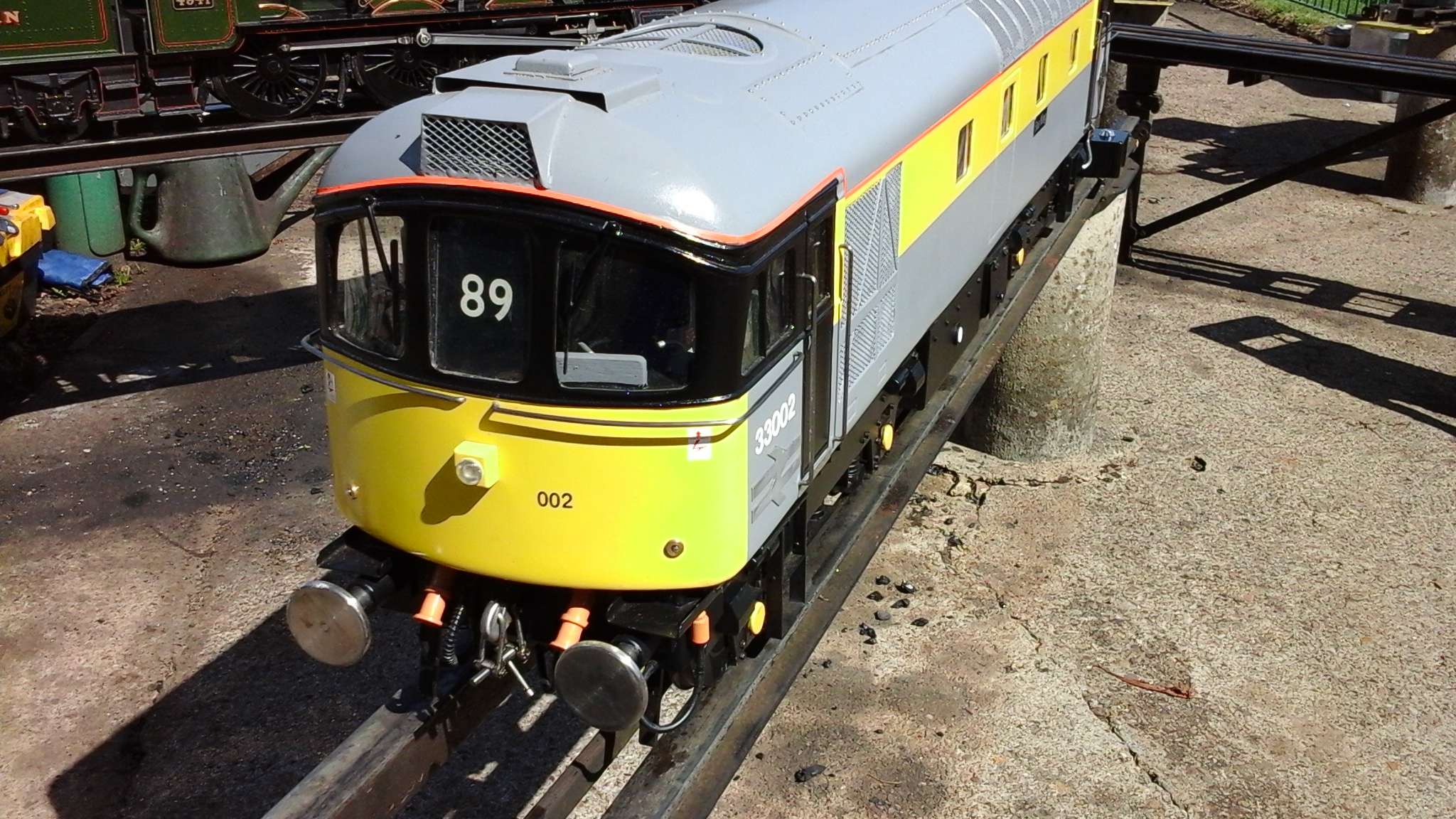 Class 33 33002 SEA KING 24 volt (2×12 volt batteries included). Hand built chassis with a MES Bexhill fibreglass body. 4QD contoller and hand held control box with two tone horns, dead man’s push button and on board head and tail and destinatin board lighting, a reasonably good generic but realistic sound system is fitted. Each bogie is chain driven from its own drive motor. This is a very tidy representation of the full size loco and detailing is very good, the owner was certainly sorry to see this one go. A good loco for club use but a pretty one at that.

The British Rail Class 33 also known as the BRCW Type 3 or Crompton is a class of Bo-Bo diesel-electric locomotives ordered in 1957 and built for the Southern Region of British Railways between 1960 and 1962.

A total of 98 Class 33s were built by the Birmingham Railway Carriage and Wagon Company (BRCW) and were known as “Cromptons” after the Crompton Parkinson electrical equipment installed in them.[1] Like their lower-powered BRCW sisters (BR Classes 26 and 27), their bodywork and cab ends were of all steel construction. They were very similar in appearance to class 26/27 locos, but carried Southern Region two-digit headcode blinds between the cab windows.