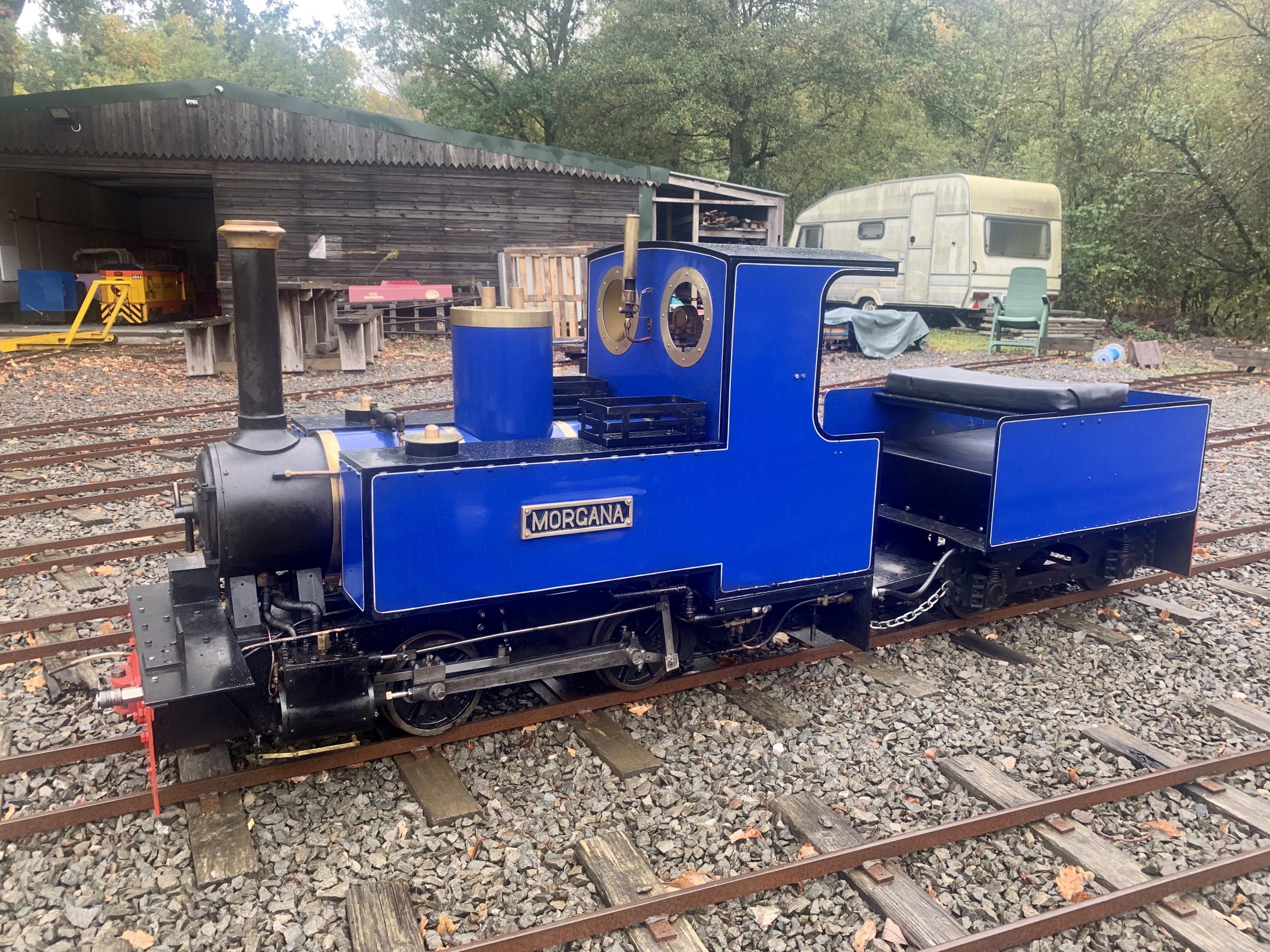 This is ‘Morgana’ – a heavy duty 0-4-0T Romulus tank locomotive with accompanying tender in 7 1/4” gauge.

Built to the eponymous design by Roger Marsh for the steep gradients of the Weston Park Railway it has since spent the last several years in service at the nearby Echills Wood.

We know this engine well because back in 2017 we completed a heavy general on her in our Little Western workshops – since then Morgana has put in many miles with her current owner who now wants to “get a bigger one”! It is a powerful machine, running at 100psi she regularly takes 5 coaches around the 2km run quite reliably.

The engine is in generally good order but has been well run and has used feel about it. There is wear on the bronze return crank bushes that will need attention over the winter maintenance period and the fitted bolt we made for the lubricator linkage has been exchanged for a brass screw. This was presumably a temporary fix but will need making good.

The loco still has plenty of service life and would be ideal for a club to purchase as it is a powerful machine that is easy to steam and mechanically forgiving. It has the advantage of dual braking systems which is not a common feature.

Romulus 0-4-0  is a Well-Tank locomotive in 7 1/4″ gauge, designed by Roger Marsh and has Hackworth Valve Gear. This simple and rugged design has resulted in many varied examples being completed which are now running at both club tracks and commercially.