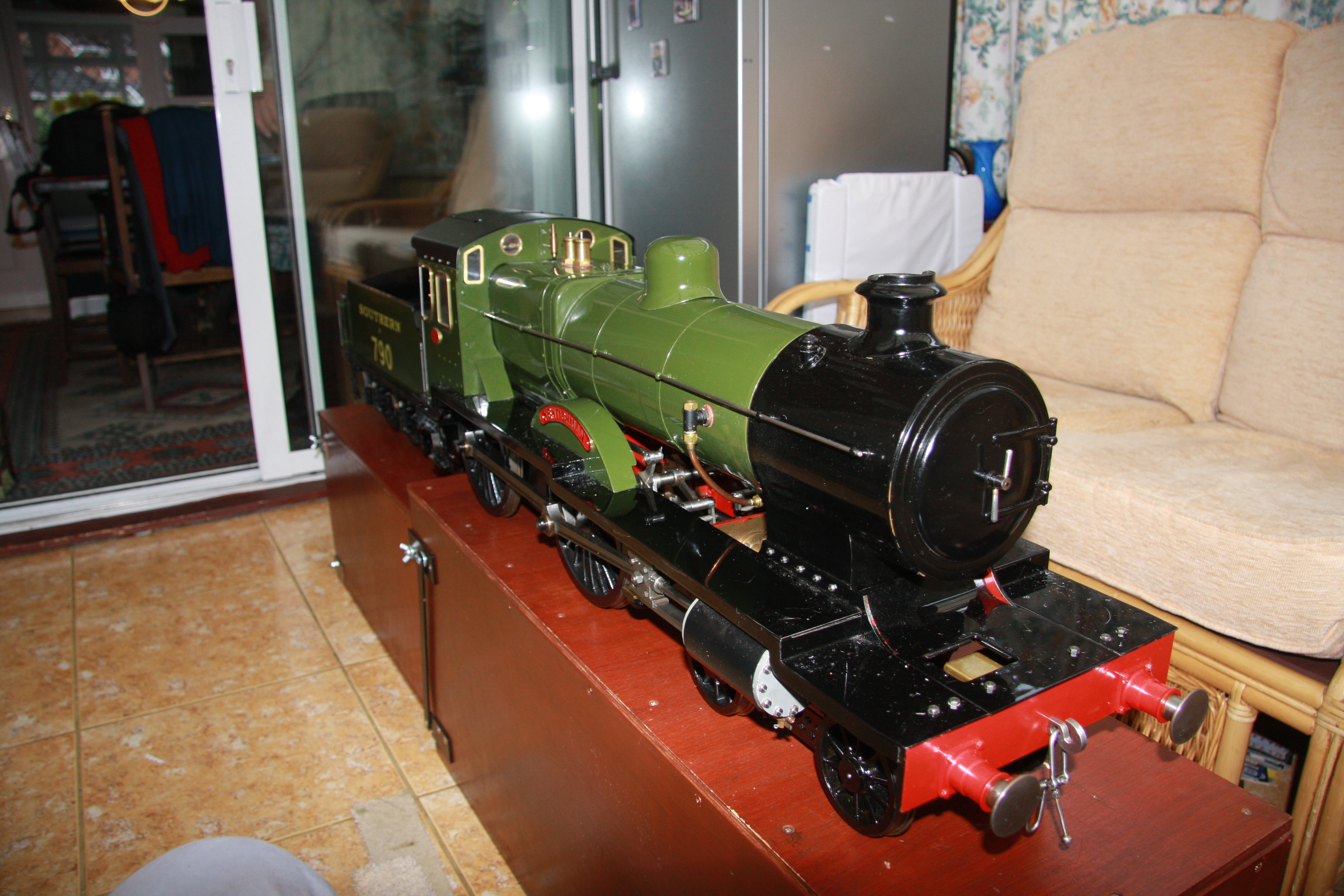 FOR SALE
An Immaculate 5inch Maid of Kent. Based loosely on the Southern Railways’ design of L1 4-4-0 but with outside cylinders.
As New – steamed once for testing. Not only a finely made and beautifully finished Maid of Kent, but one with a history. This locomotive was originally built by Alec Farmer (co-founder of Reeves) in Birmingham and finished by a close friend of his after the former’s passing. The locomotive was finished in Southern Green livery, tested on the track for roughly 4 hours and has been an ornament ever since. It still turns over freely and is sold as a running engine with it’s current Hydraulic Cert still valid.
The Maid of Kent is a celebrated design amongst 5inch enthusiasts for being a good reliable engine in with a decent pulling power. The basic feautres of the model are:
Two outside cylinders
Stephenson’s Valve
Gear
Tender
Three water feeds are fitted; Injector, Axle Pump, and a Hand pump in the tender.
Comes with a lovely made box which makes the thing dead easy to transport.
All in all a well built loco by a well known model engineer. A fine example and a good running engine should you want one. If not – a mighty fine addition to the coffee table!
Price £5750.00

The Southern Railway L1 class was a class of 4-4-0 steam tender locomotives built for express passenger service on the South Eastern Main Line of the Southern Railway (Great Britain). They were designed by Richard Maunsell as a development of Harry Wainwright‘s L class. In 1926 there was an urgent requirement for fifteen more powerful 4-4-0 locomotives for the London to Folkestone express trains. Maunsell did not rebuild the L class as the locomotives were still relatively new and useful in their present form. He rather amended Wainwright’s drawings to form his own L1 class, and supplied them to the North British Locomotive Company.