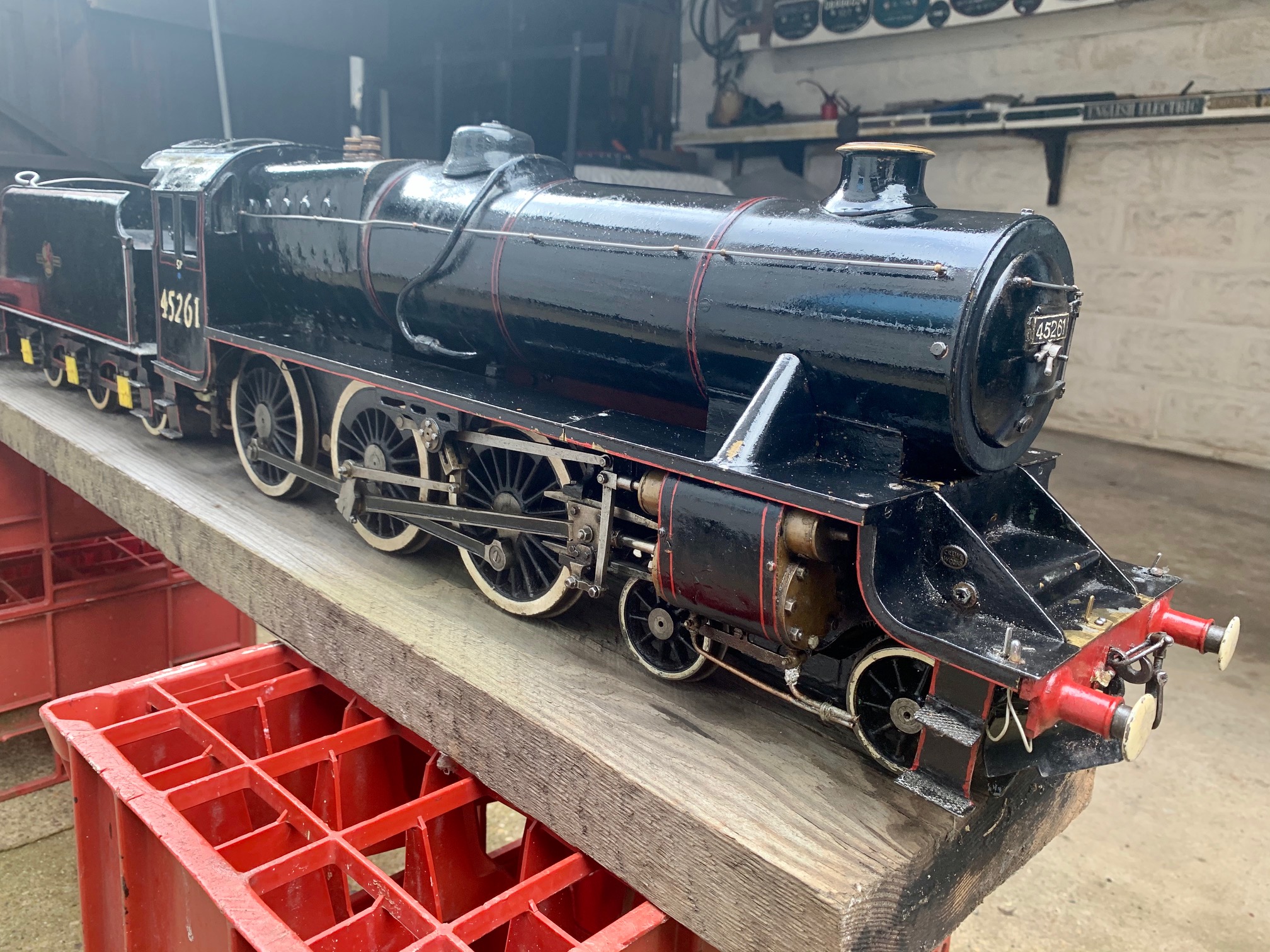 This is an LMS Stanier Class 5 (or Black 5) 4-6-0 model built to LBSC’s Doris design. It is listed as a project as it quite clearly is in need of a good going over with a little more cosmetic attention! Like with many small models, the loco’s boiler has been painted rather than clad and plated which would be a helpful start. Certainly the old paint (including the yellow axleboxes and whitewall tyres) needs to be removed and started again.

The model steams and runs at 80psi even though the gauge is marked up at 90 and the injector picks up first time. The wheels are pinned and not falling off, which is good to see but the valve gear is getting tired. Notably the valve rod bushes are worn oval causing unwanted movement of the valve rod. Still not as bad as the paintwork though. The tender holds water OK and has a feed for the pump and the injector.

There is a single historical boiler ticket accompanying the Black 5 which gives it historical precedents but is not a valid pressure test.

It has some nice features – this is the only Black 5, in any scale, I have seen fitted with snow ploughs. It also has some LED lights wired in to the lamp brackets which can be run from a separate battery supply – a nice touch.

This project is going to suit somebody who enjoys cosmetically improving a model and sorting out any bushing wear.

The LMS Stanier Black 5 is noted and well respected by railway enthusiasts as being the benchmark mainline steam locomotive. There are many preserved examples but having recently visited their workshops at the Colne Valley Railway, I would like to point visitors to learn more about no 45163 and it’s sister engine 44781 which itself was one of the “15 Guinea Special” locomotives. The team are doing sterling work as traditional preservationists – men in sheds getting their hands dirty!